Develop a more fulfilling life using Positive Psychology. Get in touch with our counsellors now on 07593768129

Develop a more fulfilling life using Positive Psychology. Get in touch with our counsellors now on 07593768129

How can Positive Psychology Help You?

Much of clinical psychology has focused on managing negative emotions and so-called ‘mental health disorders’ at the negative end of the spectrum. In contrast, Positive psychology aims to expand the quality of your life by focusing on how you can achieve optimal human functioning, well-being, flourishing and what makes your life worth living, even when faced with difficult circumstances. Therefore, at Possibilities we enhance and balance traditional therapy methods with the methods of positive psychology to help you build resilience, coping skills and purpose.

Our Positive Psychology consists of a range of effective methods to help you develop a richer life.

The positive psychology movement has also coincided with the continuing crisis in the field of mental health regarding what constitutes a ‘mental health disorder’ or ‘mental illness’, plus the worrying influence in Western Industrialised countries of over-diagnosis constructing ‘normal’ people experiencing a ‘normal’ range of emotions as being ‘sick’ or ‘ill’. Should we be using these terms anyway, given their lack of scientific validity.  Even Dr Allen Frances, Psychiatrist and Chair of the Task Force for the American Diagnostic and Statistical Manual for Mental Disorders (DSM IV), (2010) (the American diagnostic bible) concluded that the diagnostic inflation of mental disorders over the years was swallowing up normality, he said: “There is no definition of a mental disorder. It’s bulls**t. I mean, you just can’t define it… These concepts are virtually impossible to define precisely with bright lines and boundaries.”

The initial implicit assumption in Positive Psychology was that ‘negative’ emotions are intrinsically undesirable, ‘bad’ and wrong and should be avoided. Whereas apparent ‘positive’ emotions were desirable, ‘good’ and should be cultivated. The consequence of this too simplistic point of view, influenced by American individualism, was an expectation that people ‘should be happy’. Unfortunately, it turns out that the pursuit of happiness is often accompanied by unrealistic expectations, given the wide spectrum of social inequalities, often resulting in disappointment and self-blame for not being happy and this frequently culminating in more unhappiness (Mauss et al, 2011).

Positive psychology also initially ignored important influences present in a person’s living context and relationships, which are difficult to counter unless kept in mind, such as cultural and racial issues.

“Somewhere between Plato and Prozac, happiness stopped being a lofty achievement and became an entitlement.” Schoch, (2007).

Some of the early research findings in Positive Psychology were problematic too with over-stated claims about human-nature being made based on a few limited research conclusions derived from small samples of white middle-class American students. Therefore, we need to take some of positive psychologies culturally biased, over-generalised conclusions very lightly. These are often rampant in self-help books and have colonised our ‘think positive’ culture of avoidance, projection and denial.

Regarding the living context, the initial naïve assumption of Positive psychology was that forgiveness, optimism, and positive thoughts are good for your well-being. However, it turns out that it really depends on each person’s specific context. For example, McNulty’s (2010) research into domestic violence found that the more forgiving a victim of violence was, the more likely they were to return to the violent partner. So in itself, forgiveness is neither good nor bad as it depends on the context within which it is being considered. Think of an over-optimistic and over-confident rock climber who is likely to take too many risks and end up injuring themselves and others. Don’t forget how we’ve all suffered from the optimistic and confident recklessness of bankers and stock-brokers!

Maintaining an optimistic outlook and ‘positive thinking’ is very much part of the self-help industry and can be helpful but is often very problematic and almost delusional, in some instances. Ideas in this area have also been revised in positive psychology with ‘balanced’ thinking approaches preferred over positive thinking.

Recent developments in Positive Psychology have also incorporated a more sophisticated understanding of our emotions. Therefore, to live a rich and fulfilling life, rather than being caught in the unhappy polarisation between so-called ‘good’ and ‘bad’ emotions or ‘positive’ and ‘negative’ thinking, it is more helpful to appreciate that all emotions have value. Sometimes so-called ‘good’ emotions can seem bad and sometimes so-called ‘bad’ emotions can seem good, depending on the context and timing. In terms of thinking, sometimes it might be more helpful to consider some forms of thinking as ‘challenging’ and ‘questionable’ rather than just ‘negative’.

Example 1: A person may feel very angry and devastated following their partner leaving them for someone else and then believe they are ‘unlovable’ as a result. However, a few months later, after meeting their new ‘soul-mate’, they may now feel very glad about having separated.

Example 2: No-one likes feeling sad; however, rather than viewing sadness as a ‘negative emotion’ to be avoided or extinguished, perhaps it is better experienced and accepted. Such as in the case of the death of a best friend, your sadness may be a measure of what that person meant to you, and the importance of the legacy they have left with you.

In conclusion, all of our emotions serve us in various ways. Therefore, it is not helpful to focus on ‘positive’ emotions whilst excluding or avoiding ‘negative’ emotions as this just tends to lead to more problems and lop-sided, unhappy people.

Thus, at Possibilities we generally consider it unhelpful to label emotions as positive or negative because each emotions has its benefits and challenges, depending on your relationship with them and the context in which they occur.

Positive Psychology can be helpful

As part of a balanced therapy approach, positive psychology can help in the promotion of hope, meaning and self-healing. In addition, it can help with your authentic involvement with the world around you.

In Positive psychology there is also a focus on resilience and thriving. How is it that some people thrive in difficult circumstances when other people seem to struggle?

We need to be open to the entire spectrum of our emotional responses and the fruits they offer, as this adds richness and meaning to our lives. Possibilities therapy can help you with this process.


And the day came when the risk (it took) to remain tight in the bud was more painful than the risk it took to blossom.

What our previous clients have said 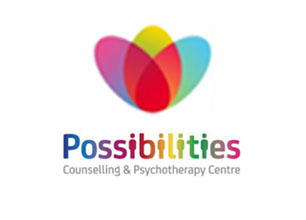 Although the world is full of suffering, it is also full of overcoming it.